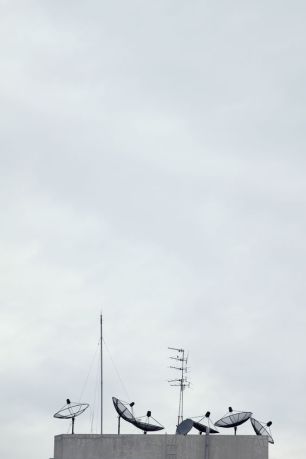 “I want to be able to turn on the news and see dogs who rescued their owners, people who found their birth mother, and blanket coverage of Wiarton Willie.” Says local grandmother Geraldine Palmer while out shopping for baby carrots and pre-washed spinach, dropping a reference to the lovable groundhog that annually predicts how much complaining Canadians have left to do in a winter.

Fellow shopper Tom Brown agreed, “The only tears I want to see on my television are out of people that Oprah gave houses to. That makes me feel good and I just really can’t handle feeling bad today.” He shares before rolling on, his cart piled deep in frozen dinners whose labels indicate they are intended for Hungry Men.

With experts warning that viewing real-world problems can lead to disturbed sleep, loss of appetite, decreased sex drive and a general gnawing feeling that maybe you should help in some way, calls in many corners have been increasing for media to stop focusing on global tragedies and instead focus on pretty much anything else.

“We can’t help everyone,” Says Cassandra Loma, spokesperson for Tied Hands, an Ottawa-based think tank focused on limiting the nation’s involvement in matters that involve a financial commitment, goodwill, or both. “We have more than enough problems right here in Canada to ignore. The increased focus by the international media on the plight of people on the other side of the world is clearly being driven by an agenda. We’re working hard to find out just what that agenda is and putting a stop to it.”

“I hate hockey but honestly, at this stage, I’d rather watch ‘Rock’em Sock’em’ vidoes than the news.” Says Maggie Banale, her expression equal parts befuddled, sad and dazed.

“The other night I was watching the evening report and it was all about people fleeing their homes and it was too much. Those poor people. Those poor, poor people.” She says and trails off, fingers working a bag of rigatoni with ‘33% More’ like prayer beads.

“Luckily we read the next day that most of them actually left home by choice because they were hoping to find a better life than the one they have,” Says her husband, Max Banale, nodding and raising his eyebrows as he nudges his wife towards a newly opened till, avoiding the long lines at cashiers 1-6. “Which means it’s not our problem,” He clarifies when asked to point out where the lucky part is in that.

Mrs. Loma says that Tied Hands has put out literature that offers assistance for those having trouble dealing with stories about the suffering of others. Some of the methods individuals are recommended to take are: Turning off the news; blocking friends on social media who share conflict-related links; listening to pre-recorded music in the car; and putting your fingers in your ears if conversation in your vicinity veers away from family and pets. “With the ubiquity of information these days this isn’t going to be one-hundred percent effective,” Loma admits. “But it will drastically lower the number of times in a given day you are forced to consider the harrowing difficulties being experienced by other people simply due to where they were born.”