Canada Quietly Begins Looking For A Better Neighbourhood To Live In 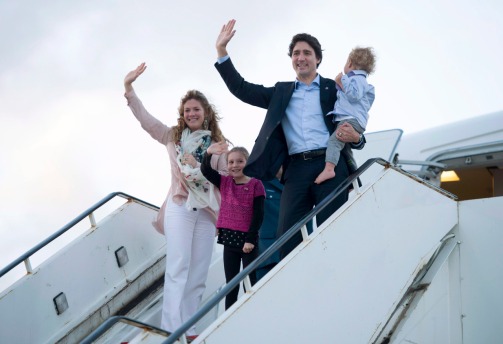 “I’m just going to put out some feelers.” Justin Trudeau reportedly told his cabinet today, in a closed-door meeting regarding the recent violence in the United States, and more worrying likelihood there will be no substantive changes made to prevent these events from continuing to happen. “I hear England is thinking of moving out of their place over in the E.U. I think we should put in an offer, what does it hurt?”

A number of the gathered ministers raised objections, citing the enormous costs and effort such a move would involve, fears that in an increasingly crowded market the nation will never find this much space anywhere else, and concerns that it would be too disruptive to the children.

Trudeau pushed his case, saying that while he and Obama are great friends, “He isn’t going to be around forever you know, and what if that orange bag of bullshit gets put in charge? It could happen. Then what?” He asked to a room that by all accounts responded positively to his colourful description of the GOP nominee for president. “We can’t live next to millions of people who are not only comfortable with everyone in their country having lawful access to assault rifles, they would vote for a deceased goat if they thought he was pro-gun. And if he was anti-immigration he probably wouldn’t even have to be dead. Or a he.”

After a long silence everyone gathered agreed that it couldn’t hurt to look. Following a motion to get a quote from a moving company and speak to a realtor that one of the ministers went to school with, the meeting adjourned for the day with many starting to see the positives that such a move could entail. “Maybe we could move somewhere warm, somewhere with a little more character, somewhere like Spain. I hear they might be looking for help with the mortgage.”