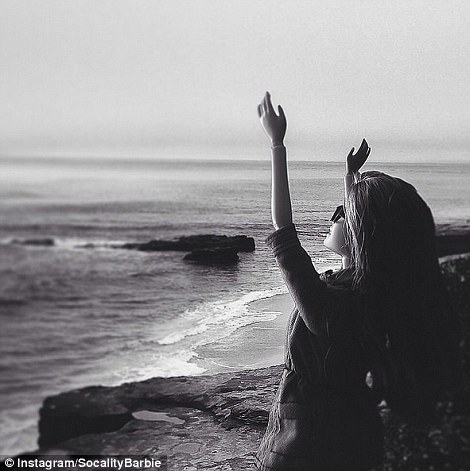 The pink convertible sits on cinder blocks in the driveway. The glam pool lies empty, a shallow collection of rainwater, leaves, and plastic bags resting in its bottom. Only one bulb still works in the vanity as Barbie sits and stares in the mirror. That is all she does. Occasionally the phone rings. She doesn’t answer it. She cannot.

Barbie™ is in crisis. After years of living large off the ingrained desire in every human being to have legs longer than the rest of their body by a factor of 50%, sales have plummeted as children embrace a new norm, in which – taking cues from their parents – the next generation  actively pursues a higher ideal: that of being beautiful without looking like you tried.

With Ken in jail for tax fraud, the new Barbie divides her time equally between online vanity searches to relive her glory days when Skipper (now CEO of Yahoo! Inc.) was just a sidekick, and Instagramming photos of her toenails (turquoise with red hearts recently garnered 4500 new followers and a mention on the E! daily round-up of things that you were better off not knowing).

“What do I do next?” She recently asked herself on Twitter, before answering her own question with the following replies:

– “Try to make the world a better place by getting things off of high shelves for short people?”
– “Attempt to get in touch with my birth parents to ask them if their knees also hyper-extend without pain?”
– “Pay for Ken to finally receive surgery to remove the flesh-coloured underwear that melted into his groin after that horrible car accident? Even though I told him he was too faded to drive?”
– “Start voicing ill-advised opinions online about things like vaccinations and foreskins, in an attempt to regain cultural significance?”
– “Sell my dream house to someone else capable of levitating between floors?”
– “Shave my head, even though it will never, ever grow back and I’ll be forced to use brown magic markers to simulate hair for the rest of my life?”

Her list complete Barbie doesn’t wait to hear from the haters. Instead she awkwardly stuffs her aberrantly long form into an empty bathtub and holds her arms aloft in a stilted, helpless entreaty to her stucco ceiling. She looks out the window. She watches a cloud pass by. She prays to the great petroleum deposit in the sky, maker of all things plastic, asking that the Malibu sun once again light her path. Then, feeling overwhelmed by the near-immortality of her form, she tries to lose herself in a copy of Eat, Pray, Love, Regret Being A Textbook Example Of Capitalism Run Amok In A Fragile, Post-War, Religion-Warped Society.