In Ominous Sign For The UK, Russia Sees No Point In Interfering With Their Election 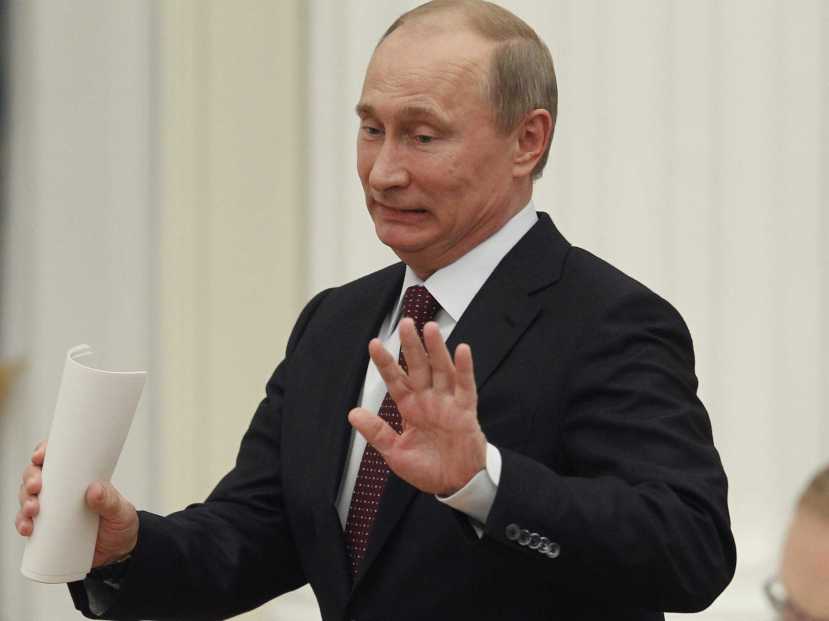 There’s a somewhat-old Russian parable that has lately received many retellings in the Mother Land, accompanied by laughter at an excessive volume and much back-slapping. It’s about a man and a particular neighbour, with whom he has shared a long history of aggression, espionage, and dramatic pointing of ICBMs at one another. One day, while trying to work out a way to eradicate this neighbour from the face of the earth (hopefully improving his relations with many of his other neighbours, which are not great either), the man notices his enemy holding a family meeting. Listening in with the many wire taps he has in his neighbour’s house, the man is surprised to hear the family is holding a referendum about whether they should, as a family, drive off a nearby cliff because they are afraid of brown people and fees. Or: not.

The man is even more surprised when – after a strange debate in which one side of the family lies because they don’t seem to think anyone will actually listen to them, and the other side assumes they can’t lose – the family votes to drive off the cliff. To avoid brown people and fees.

The man closely watches the family prepare for their trip, as normally whenever the family gets in a car to go somewhere he digs large ditches at the end of their driveway, deflates their tires, puts green paint in the windscreen washer reservoir, and hides their bulldog without which they refuse to travel anywhere. But this time he does nothing. He watches in growing amazement as the family pile in the car, and then, just as the they are about to depart, stop to hold a vote to see who should drive them off the cliff.

It is at this point that the man’s wife comes upon him, watching the family with his spy satellites, drones, and nuclear submarine cruising in the shallow end of their swimming pool.

“Vladimir,” she says, “why you no interfere with this family like you interfere with the big loud family, the one that hates itself, last November? And like you did with those croissant-eaters in May? You tired Vladimir? You no like being the crack hack attack big mac anymore? Here let me rub your head.”

“Nyet,” the man replies, swatting his wife’s hand aside. “Of course I like being the crack-hack-attack-big-mac. But these people here my dear, they are on a strange mission, one even I couldn’t have thought up. They appear to have decided to drive off a cliff.”

The man’s wife expresses incredulity at this information, and asks how he knows this while slowly trying to slip a garrotte around his neck.

“They voted.” Vladimir says, and the two of them collapse in rollicking laughter which doesn’t end until the wife tries to strangle Vladimir because he is a wicked man whom she hates with an abiding passion, but is unsuccessful and pays with her life.