Waiting For The Conversation To Start In Canada, CFL Player Still Kneeling On Monday 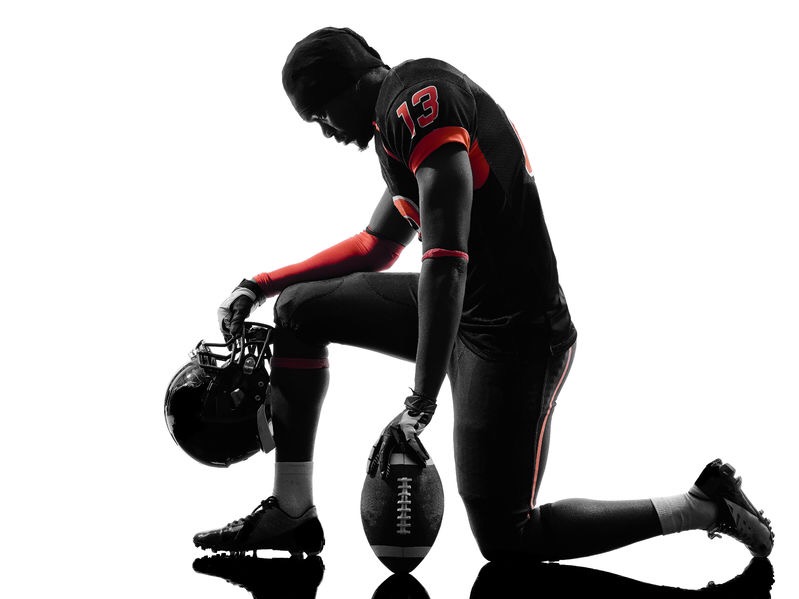 In the first post-racism nation on earth, in which all people are treated completely equally and have absolutely nothing to fear from the police or systemic bias, a Canadian football player was found still kneeling in the fresh dew of  crisp Monday morning, on a football field right smack dab in the middle of the expansive utopia that is Canada.

“Um, I couldn’t disagree more with your intro,” interrupts Jim Robinson, tight end for the Saskatchewan Roughriders, born and raised in eastern Toronto and a walking, talking sign that the colour of your skin will never hold you back in the marvel of equality that Sir John A. Macdonald fashioned with his own hands out of maple all those years ago.

“Which is why I’m still kneeling,” the impertinent upstart says, attempting to make his protest heard despite living with all the benefits the finest equality can buy. “As a black man growing up in Canada I have been subjected to many instances of blatant racism, as well as decades of more subtle systemic biases. I’ve been carded on five different occasions, had teachers repeatedly tell me to lower my sights when it came to my future plans, and had at least two girls’ parents tell them to stop seeing me, neither of whom made it a secret that the reason was the colour of my skin.”

Adding that far beyond his own experience, he was kneeling for Andrew Loku, and Abdirahman Abdi, black men killed by Canadian police, as well as Dafonte Miller, a boy beaten so badly by an off duty officer in Whitby earlier this year that he lost the use of his eye, but for which the police’s special investigations unit wasn’t notified.

“I’m a proud Canadian,” the player says, switching knees as the fatigue of holding his stance long enough for anyone to notice begins to wear on him. “Proud enough to want this country to be better. To be what it professes to be: a place of equality. Now if you’ll excuse me, I have some kneeling to do. I expect this may take awhile.”