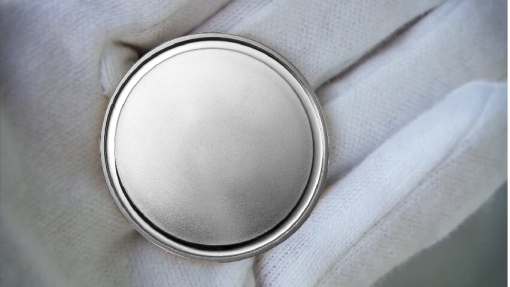 The mint employee carrying the coin reported it is surprisingly heavy.

On the 50th anniversary of Martin Luther King Jr.’s assassination in the United States, the Canadian Mint has gratefully released a coin marking 150 years since the eradication of racism north of the border.

“Initially our design process involved weighing up the numerous, undeniable instances in Canadian history in which a person’s race dictated how they were treated, or mistreated, in a given situation,” said a spokesperson for the mint. “But then a man on the internet informed us that this country is totally racism free and that was good enough for us. A blank coin it is. Way easier than working on all the hard grooves and nasty edges that a new template involves anyway.”

The coin was unveiled in a ceremony in Ottawa presided over by Maxime Bernier and Jordan Peterson, who managed to take time out of their attempt at breaking the Guinness Record for the longest hug to say a few words.

“You go first,” said Bernier, sorting out his mussed hair and trying to subdue the flush of spring love as it rosied his cheeks. “No you go first,” said Peterson, swinging their still-joined hands and grinning. Eventually, after numerous audience members excused themselves to be quietly sick into thoughtfully provided receptacles, Bernier addressed the gathering.

“Thank you all for joining us today. Is it just me or is warm in here? Anywhoo. The release of this coin marks a great day in the great history of this great nation of great people who have never done anything wrong and have nothing to apologize for.”

“I ask you,” said Bernier, placing a manicured hand on the clean, unblemished edge of the commemorative coin, made of pure colourblindium, a substance until recently believed to only exist in conservative’s imaginations. “Is racism in Canada a manufactured construct used by the radical left to divide us all for an as-yet unclear motive? Or did it never exist? Let us flip a coin.”