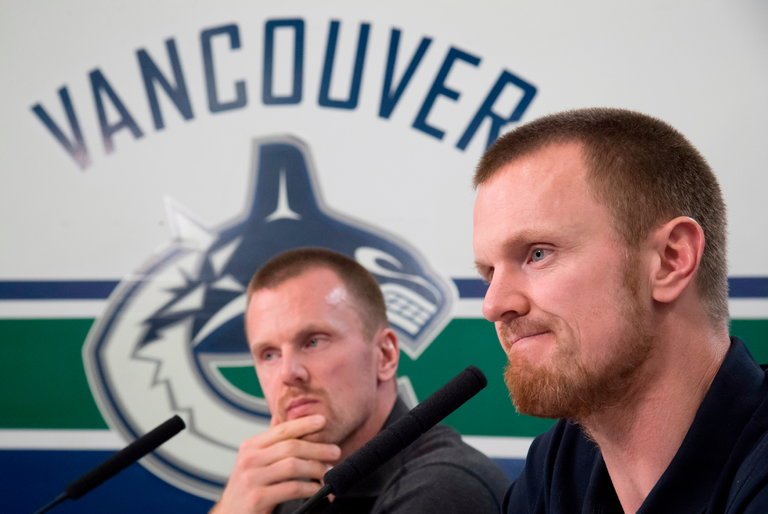 Daniel Sedin, correcting a report by pointing out he is Henrik for the 17,000 time in his career.

“Oh for God’s sake,” one of the Sedin twins (it doesn’t matter which) reportedly said, upon learning that he would be sharing his send-off for a 17-year career as a Vancouver Canuck, with his brother.

While the two twins, Daniel and Henrik (Henrik is the tall, handsome one, Daniel has the height and the looks) have both enjoyed storied careers that are sure to land them in the hall of fame, even there they will suffer the ignoble fate of all the world’s identical twins: few will be able to tell them apart. And even fewer will care.

“I don’t want to seem ungrateful,” says Henrik, before angrily revealing he is actually Daniel, for chrissake. “But couldn’t we just this once have had something to ourselves?”

Experts say that as the two are actually part of the same original egg, which split prior to insemination, the fact is they can’t.

“That’s just nature’s way of evening things up after handing you a clone ally who will finish your sentences and can donate a kidney at the drop of a hat. You have to share everything.”