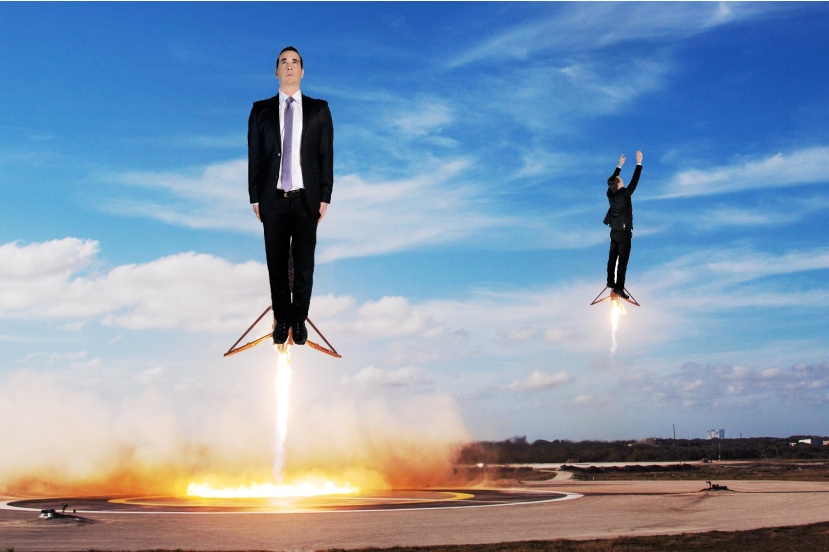 “Ask a stupid question, get launched into space without a suit,” says Elon Musk, casually swiping through a sequence of rocket trajectory vectors on an iPad while somewhere in the blue sky above us Toni Sacconaghi of Sanford C. Bernstein & Co. and Joe Spak of RBC Capital Markets, are pulling 3.5 Gs as a result of their questioning the profitability of ruling the world.

The two men were launched into low Earth orbit in 1.6 and 0.2 seconds respectively, after jumping in on a conference call to ask why Tesla is losing something like a billion dollars a quarter.

“Anyone else have any boring questions?” Musk asked, after the second roar of launch boosters had faded into a dull growl.

“They aren’t even investors, just a couple of hack analysts,” he added later, levitating upside down and juggling planets while attempting to regain his zen. “They have no vision. They have little purpose other than self-enrichment. They are to the investment ecosystem as mosquitoes are to your barbecue. They are to my dreams as a distant garbage truck backing up on a Saturday morning is to sleeping in. They’re lucky they aren’t headed to Mars without a return ticket. Yet.”

The analysts were returned to Cape Canaveral shortly after 6 p.m. ET, landing in perfect synchronicity in what is believed to be the first successful retrieval of a Wall Street trader to Earth. Musk had difficulty hiding his disappointment, and was heard to ask if at least one of them couldn’t have landed in Atlantic Ocean.

“Maybe near some sharks with some fricken’ laser beams attached to their heads? C’mon people. Think bigger.”