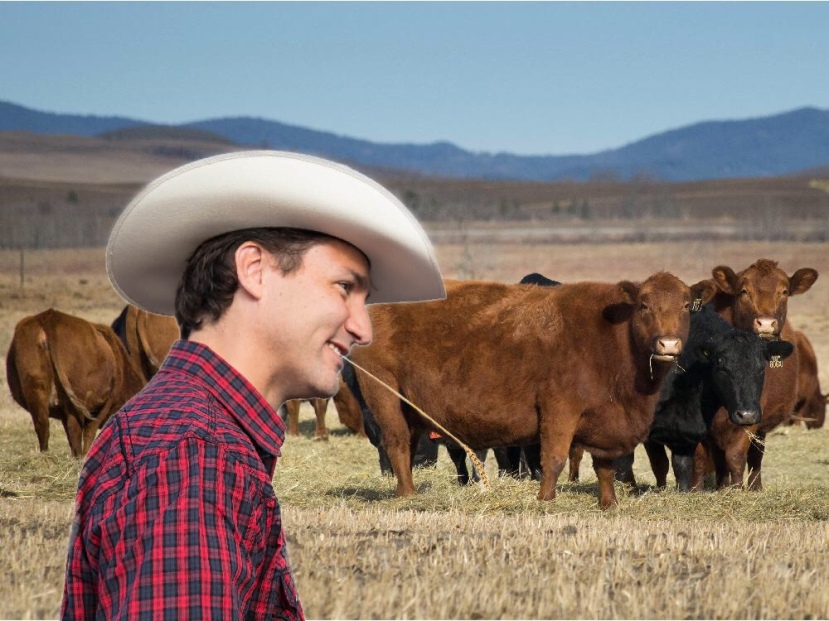 In a surprise to many Canadians, Prime Minister Justin Trudeau has today announced that – despite having previously indicated he was going to become the first sitting PM to live on a diet of just vegetables, quinoa, and easily demonstrated ethics – he had decided instead to become a meat eater, as well as wholesaler.

“This cattle ranch will go through,” he said, in a brief statement on Parliament Hill yesterday afternoon, before disappearing into a closed-door meeting with Finance Minister Bill Morneau, to hammer out the details of opening a chain of burger joints on treaty land in order to get his meat to market.

While Trudeau has been openly considering the move to a carnivorous diet for months, many in his base had assumed he was just posturing for the sake of appearances. Something the prime minister has been known to do on the odd occasion.

“Like when a vegan goes to a barbecue and talks about the great ribs they used to make, while still just eating all of the dairy-free potato salad,” says a crestfallen Susan Chambers, of Collingwood, Ontario, describing her disappointment in the PM’s about-face on the issue. “Or that guy on your street who cycles to work, enthusing about a neighbour’s new muscle car, even though you know he’s judging them at 15 kilometres an hour. I just really didn’t think Trudeau would actually have a bacon burger, or buy his own Dodge Challenger SRT Demon.”

The whipsaw shift in positions takes Trudeau from being the first PM to grow his own kale, to the only leader in Canadian history to have a personal cattle brand (a big ol’ JT).

Responding to the widespread dismay on the part of the millions of Canadians who elected Trudeau in part on a promise that he would help lead us into a healthier, more sustainable future, Trudeau had this to say:

“Look, I like salad and clean arteries as much as the next person. Shoot, I once told an entire room of organic farmers in France that ‘Canada was back,’ when it came to sustainable food sourcing, and weaning ourselves off of antibiotic-laced, environment-killing, horribly abused bovines. But the reality is I have been sliding in the polls and the message I am getting is that Canadians don’t want a leader with spinach in his teeth. They want someone with shit on their boots. And galldarnit that’s me. So yippee ki-yay and pass the barbecue sauce, y’all.”