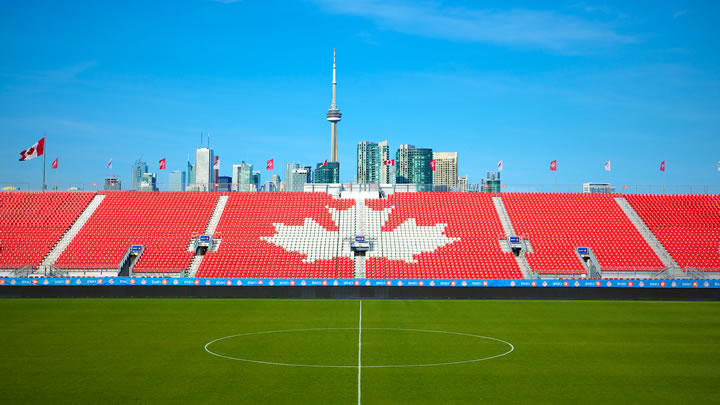 Organizers at Toronto’s BMO field said turnout to watch a livestream of Canada playing in the 2018 World Cup was surprisingly low.

While the citizens of France party in the streets, celebrating a road to World Cup victory that included six wins and a draw, Canada notched yet another global soccer tournament without a loss, with the low-key confidence that only 32 years as an undefeated powerhouse can bring.

“We haven’t even been scored on,” noted the northern nation, best known for its dominance in hockey and irritating Donald Trump, so much so that the impossible task of meeting Canada on the World Cup stage is often overlooked.

“I’ve never met anyone who beat them,” confirmed Argentina’s legendary forward, Lionel Messi, who had yet to be born the last time an opponent overcame the Canucks at the World Cup – the Soviet Union, in Mexico, in 1986. And just look what happened to them.

For their part, the newly anointed champions said that while they were pleased to have captured their second title, the accomplishment pales in comparison to the millennium-spanning efforts of Les Rouge-et-Blanc.

“Their record speaks for itself,” said the rapidly-rising French star, Kylian Mbappé, pausing to address the polar bear in the room, on what is surely the greatest night of the two or three hundred evenings he has lived so far.

“While this victory is enormous for France, the fact is that our nation lost as recently as 2014, while the Canadians haven’t been beaten at a Cup since the Cold War, shows how much work we have to do. Canada remains le meilleur du meilleur, and anyone who says differently doesn’t know merde about football.”

Despite this exceptional run, Canada kept their celebrations in check today, as befits a nation for whom this sort of performance has become the norm. The streets of Toronto were mostly quiet on a hot, hazy summer’s day. A few horns honked, politely. A child kicked a soccer ball against a garage door, no doubt dreaming of carrying on his nation’s incredible streak himself someday. Two neighbours, passing each other on the sidewalk, exchanged the final score of today’s match. Their tone was matter-of-fact. Neither broke their stride. This is a country that is quietly used to everyone else fighting for the scraps they leave behind, things like the golden FIFA World Cup trophy. As the men moved apart, one stated the obvious over his shoulder to the other.

“Oh yeah,” the other man responded, chuckling as he walked away, replete in the quiet confidence of excellence.