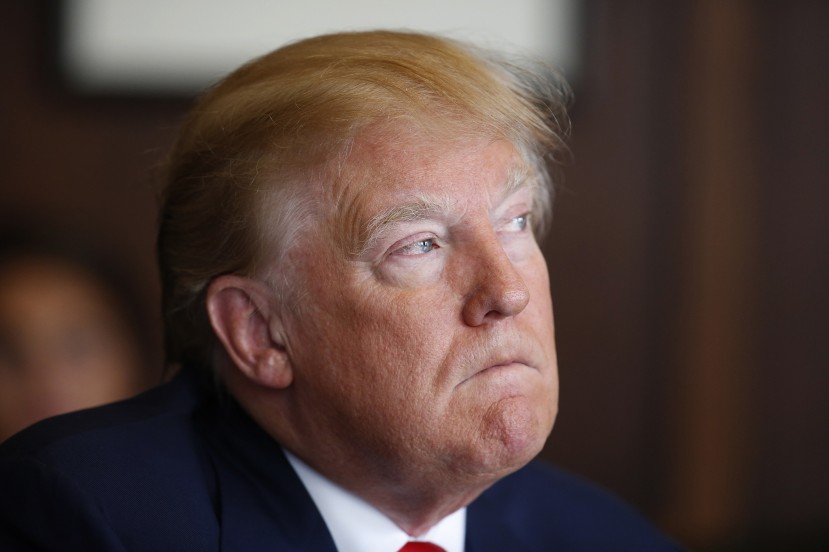 Trump, wondering why he seems to be the only one who doesn’t know what T-C-P-R-E-S-T means.

As the world pauses to recognize the passing of musical legend Aretha Franklin, who passed away this morning at the age of 76, the Queen Of Soul’s death is being mourned by the King of Vitriol, as U.S. President Donald Trump released a statement noting the singer’s passing, and pointing out that with her goes the secret meaning of her cryptic lyrics.

“She will be missed,” the president said perfunctorily, rubbing the spot where his soul used to be. “And it leaves myself – and I’m sure lot of other people out there, I can’t be alone in this – wondering what the hell a REST-CEP is, much less what it meant to Ms. Franklin.”

As the news spread that the POTUS had admitted he can’t even spell the word ‘respect’ much less employ it, Press Secretary Sarah Sanders was put on damage control. She didn’t have a lot to say.

“The president is, of course, well aware that the repeated lyric in Ms. Franklin’s chart-topping classic is the word respect broken down into its constituent letters,” Sanders said, looking up at the ceiling and wondering whether Sean Spicer feels a thousand times lighter now, or a million. “He isn’t an idiot. Settle down people. I said settle down. Are you done? He is simply using a rhetorical device to make you ponder the timeless essence of being made to feel like a natural woman. And you clearly all fell for it no further questions.”

Musicologists are unanimous in believing that Franklin, whose opalescent voice made the very passing of the years less jagged, would have both loved and hated that the likes of Donald John Trump are unaware of what her legendary lyric spells, or means, or invokes, or offers, or feels like when it ripples over the internal scars of an unseen individual’s struggle.

“It’s a shame that a guy who stands to learn a lot from that line, clearly doesn’t get it,” said Tim Lone, of Rolling Stone magazine, who once interviewed Ms. Franklin and remembers her as someone who hated assholes.

“But the world has many kinds of people,” the reporter continued. “And in that manifest variety there are those who can belt out the simple spelling of a common word in a way that will make a shiver run down your spine every time you hear it, like Aretha. And then there are those who won’t even know what it means. Like Donald.”