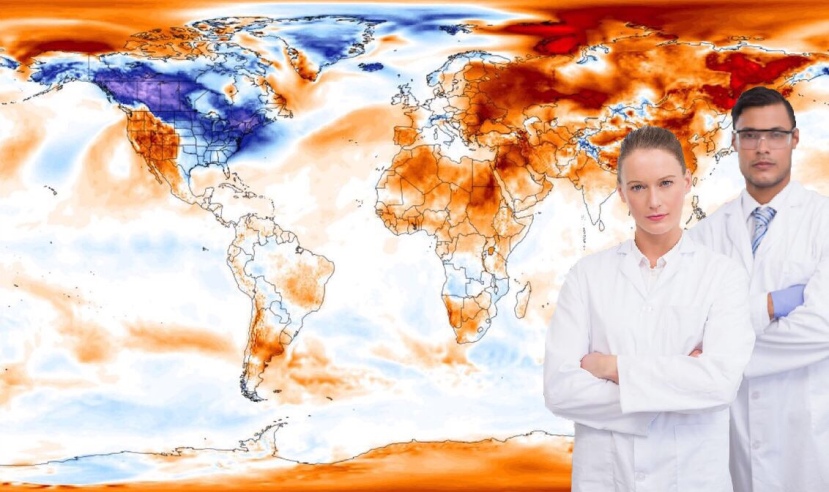 Climatologists suggest countries “build a wall” – of formal agreements designed to save the planet from our current recklessness.

In an attempt that they themselves admit is as cynical as it is necessary, 91 of the world’s leading climatologists today agreed to alter the name of climate change to “Illegal Temperature Migration.” The new moniker was chosen over the runner-up proposal of “A Wholly Avoidable Hell Of Our Own Making,” which the scientists feared was unlikely to enact any meaningful change in a world that has already ignored forty years of warnings, cajoles, entreaties, bribes, threats, and a necessary surrendering of the ideal that we are smarter than the average bear. Or any other creature for that matter.

“We had to get the attention of everyone who appears unperturbed by the looming climactic cliff we are currently speeding towards, while willfully ignoring the many off-ramps leading away from this well sign-posted precipice,” said leading climatologist, Dr. Arju Reddy, head of Oxford University’s School of Getting This Through Your Thick Skulls.

“With that in mind, our team researched what has lately consumed the attention of the leaders of the least pro-active countries when it comes to lowering emissions, and found that – in an interesting coincidence – those who don’t care to share a livable planet with future generations, are equally uninterested in sharing their countries with others in this decade.”

Dr. Reddy added that the near total overlap of those two parts of a Venn diagram, led his team to make the obvious proposal that climate change be re-framed as an encroachment by undeserving temperatures looking to invade countries with their foreign climates and ways.

“And so we decided to rename an actual threat that is getting no action, after an imaginary one that is getting far too much. Hence ‘Illegal Temperature Migration’; or ‘Global Opportunistic Warming’, as the hard-liners like to call it.”

Told that the report references invasive temperatures crossing international borders without permission – there to wreck economic and social havoc – the president paused in a lengthy story about the snowball he made last winter, and how it had proved to him that coal is actually very clean.

“Are you telling me that these very bad hombre temperatures think they can just go wherever the hell they want?” the president asked the gathered reporters, his eyes narrowing. He was promptly informed that this was precisely the case, and that hiding in the midst of these opportunistic climactic changes were members of the Celsius +1.5 gang, an extremely dangerous climate if ever there was one.

The Conference to Combat Global Temperature Migration is tomorrow, is expected to be attended by every single world leader, and – if the lengths countries have lately undertaken to stop human beings from migrating are any indication –  should be wrapped up by noon with a commitment to stop all carbon emissions by Nov. 1 of this year.