More Troops Mobilized In US, As Caravan Of Winter-Averse Canadians Spotted Heading For The Border 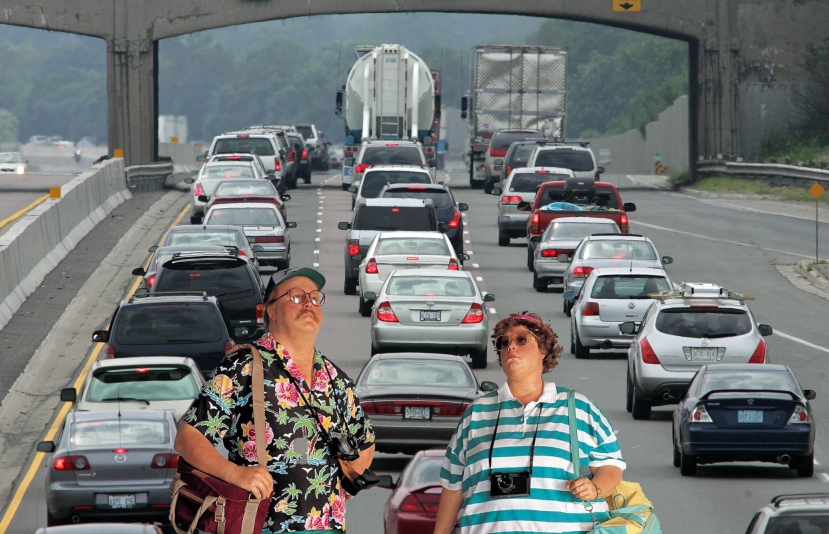 Fox News has quickly latched onto the story, openly wondering what diseases the Canadians might bring, and whether they even speak English.

An already embattled Trump administration – desperately trying to find a way to prevent the equivalent of 0.002% of the current population of the United States from crossing the border and destroying civilization as we know it –  received more terrible news today: a second caravan has been spotted. And it’s coming from Canada.

“Oh yeah, first day in November, soon’s the Halloween stuff is down, we all pack up the cars and head south for the winter,” said one of the shifty-looking Canucks, as he loaded beach umbrellas and coolers full of decent beer into his minivan for the annual migration to Florida.

“Most of our neighbours own condos in the same complex, so we like to make the trip together in a big convoy. We get some looks from the coffee shops along the way. I think they think we’re in a cult of something. Which we sort of are. But I tell ya the customs guys love us. Usually after they’ve spoken to the first car in line they just wave the rest of us through. We’re all old and white so they know it’s safe right? And if they do stop one of us we just talk at them non-stop, so that makes them less likely to do it again. We love chatting almost as much as we love being able to feel the end of our nose outside in January. And we’ll drive 24 hours straight for that, just to give you an idea eh.”

Much like the Central American migrants, the Canadian seasonal movement isn’t new. Experts estimate that the northerners have been storming the American border in search of warmer weather since steam locomotives first started having November seat sales, some time in the early 20th century. What appears to have changed is that – also like those currently making their way through Mexico towards the U.S. – the humble Canadian transients now find themselves well-positioned for use as a political cudgel; scaring Americans into worrying that their pools will be overrun by horrifyingly pale bodies, their sports bars inundated with requests to show random junior hockey games, and their society invaded with people endlessly proselytizing about a brand of coffee named after a man with a last name that sounds like a command meant to be shouted at a dog team.

(“Tim Hortons man, you gotta try it!” And every husky within a 10 km radius of Ft. Lauderdale Beach stretches and readies themselves for the long trek back to the Klondike.)

“It’s now a war on two fronts,” confirmed Stephen Miller, senior policy adviser to Donald Trump, and one of the world’s leading experts in both premature balding and blowing shit out of proportion so as to scare the bejesus out of Fox News viewers. “The Canadians descending from the north, with their undervalued currency and demands for fresh poolside towels, are a new threat that this administration takes extremely seriously. As seriously as we take the caravan of people currently traversing Mexico, advancing towards us with their unfettered desires to contribute to our economy by doing the jobs no one else wants to do. In neither case do we intend to just sit back and let our system deal with these marauding hordes.”

This despite that same system having managed to get by every year prior to this one without undue difficulty.

With the logistics of the Canadian inundation being exponentially more difficult – the CIA believes the winter-averse Canucks are spread across six time zones, and are intermingled with the tens of thousands of Canadians who cross the border every day but do not stay until May – it is estimated the United States will have to mobilize 500,000 of their troops to defend against the socks-with-flip-flop wearing snowbirds. This in addition to the 15,000 troops Donald Trump has already called on to protect his nation from people demonstrably keener to become American citizens than The Proclaimers were to fall down at your door. Because who would want someone to walk 500 miles to be with them, much less 500 more?