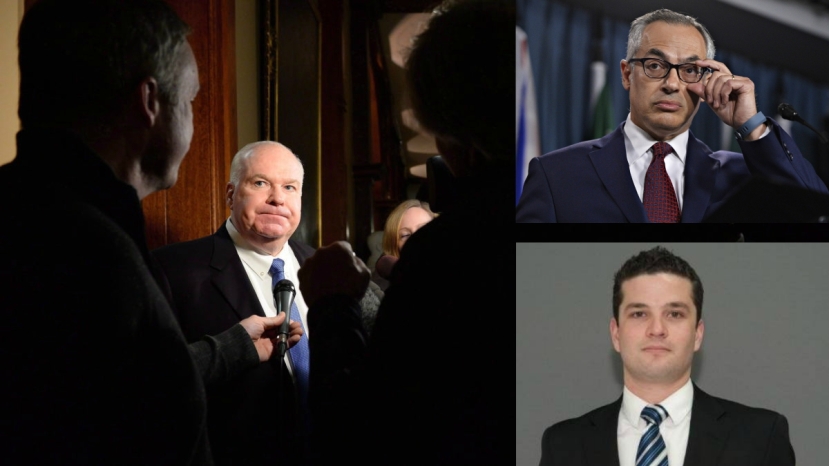 Just months after repealing a modernized health and physical education curriculum that included such cutting edge concepts as “Don’t Sexually Harass People, Especially If You Like Having A Job And Usable Reputation,” the Ontario PCs have unveiled their own version of that curriculum: Publicly, and repeatedly, demonstrating some of the ways a person might engage in unhealthy sexual activity.

“My friends,” Premier Ford said, rising to address the growing crisis of people in his party who wouldn’t understand a woman saying no if she built a giant sign on her borders that said ‘Not Open For Your Business.’

“After taking a long hard look at whether or not we could possibly cover these scandals up by distracting everyone with some sort of migrant caravan, crack down on gang crime, or claims of widespread infiltration of our province by ISIS fighters posing as Canada Post workers, this government has agreed that the latest sexual wrongdoings attributed to my staff are actually helpful teachable moments. And as such, will now make up an important part of the new sexual education curriculum. The part showing children what not to do.”

The federal Conservatives were quick to offer their support for the unusual initiative, providing Tony Clement as their contribution to the “How Not To Behave Online As An Elected Official With Top Secret Security Clearance And Weird Eyes” portion of the new syllabus.

“Nothing drives home the dangers of sharing your image online to the kids of today than telling them that they could be the next Tony Clement if they do,” said CPC leader Andrew Scheer, joining the rest of Canada in involuntarily cringing at the thought of Mr. Clement wearing anything less than a three-piece suit and overcoat.

The Ontario NDP were quick to ask if it wouldn’t it have just been simpler for the PCs to keep the existing curriculum, rather than self-destruct in order to provide children and teens an example of how not to adult.

“Much like they don’t have to ruin the entire province just to prove that raising minimum wages, investing in renewables, lowering emissions, and expanding universities, are good ideas,” said Leader of the Opposition Andrea Horwath. “I mean, do we really have to do everything the hardest and most painful way possible?”

Tagged as: Canada, Me Too, Ontario, Satire