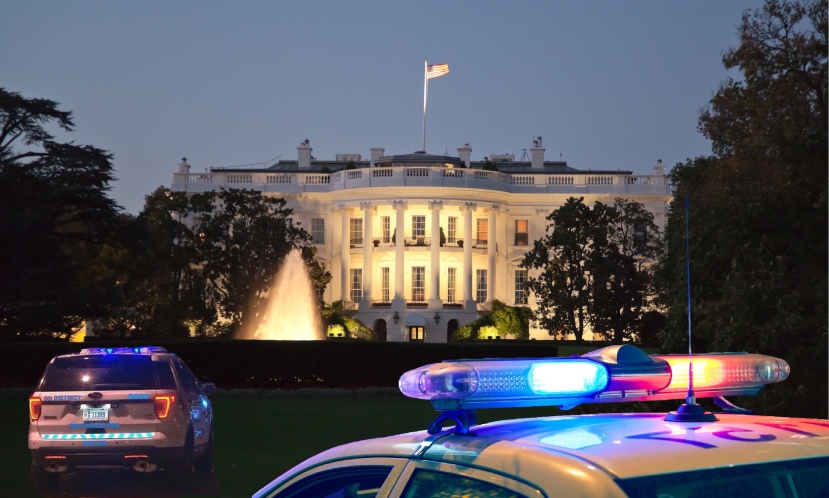 In a still developing story, District of Columbia police officers are responding to multiple reports of an active asshole operating in the vicinity of the White House. Though the situation remains fluid, early accounts indicate that the man – described as being approximately six feet tall, wearing a seven foot tie, and resembling a circumcised carrot – has somehow managed to gain access to the Oval Office. From there he is threatening to hold the entire American population hostage until he gets what he wants.

“The individual, who is insisting on being referred to as “The President,” is demanding $5.6 billion in unmarked bills be delivered to the Mexican border by midnight tonight, as well as an interview with Sean Hannity,” a spokesperson for Washington’s Metropolitan Police Department said, addressing a crowd of reporters gathered outside the White House security gates.

While the events leading up to the standoff have apparently been building for the past two years (and local media sources say that the alleged perpetrator has been known to police for at least that long) matters came to a head today, when an intervention was attempted by concerned neighbours from the nearby Capitol Building.

“He simply won’t be reasoned with,” said a woman named Nancy Pelosi, one of the few adults who have been able to speak to the very stable intruder. “And, when I explained that there is just no way he is getting that money, he told me that he would continue to hold the entire nation hostage for years, and possibly even months -displaying an alarming lack of knowledge regarding basic units of time, in addition to a cavalier attitude towards the welfare of the American people in general.”

As of 7:45 PM EST, local police had the White House surrounded, and were demanding – via loud hailer and Fox News, the nationnapper’s preferred form of communication – that “The President” come out with his hands in the air.

“We promise not to make fun of them,” a specially trained hostage negotiator shouted through a bullhorn. “At least not to your face. C’mon Donald, we haven’t got all term. Put down the Twitter and we can pretend that none of this ever happened. Hang on,” the officer said, pausing to speak to someone over his shoulder. And then, returning to his megaphone to speak to the reckless White House inhabitant, his words travelling well through the calm, unseasonally warm evening’s air:

“I’ve got a guy here who wants to talk to you. Says his name is Mueller.”

Tagged as: Satire, Trump, US Shutdown