Hostage-Taker Comes Out With His Hands Up 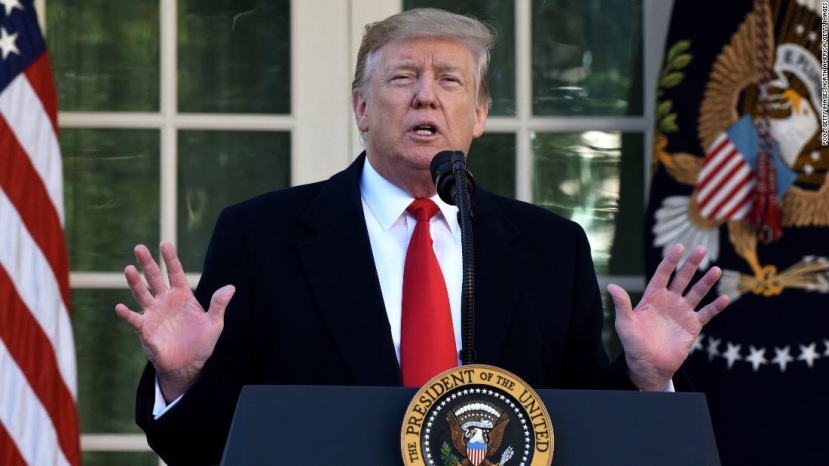 The man appeared disoriented, and more than a little unsure as to what he’d just accomplished, if anything.

WASHINGTON – After 35 days of repeatedly telling negotiators that he would not – under any circumstances – back down from his demands, the Hamberder Hinderer (as he is known amongst the many police officers who have been surrounding his hideout since before Christmas) suddenly capitulated on Friday, emerging into the light to bring an end to a standoff best described as: over-engineered.

The relief in the watching crowd was palpable as the man appeared, with many saying they had feared the standoff could go on as long as the malcontent’s bangs.

“That’s it,” Chuck Schumer, the Senate Minority Leader, shouted from behind a police cruiser. “Now I want you to slowly reach into your pocket, pull out your phone, and drop it on the ground at your feet.”

Looking disoriented, and more than a little unsure as to what he’d just accomplished – other than convincing 93% of Americans that he is really bad at all this – the man, who has insisted throughout the ordeal on being referred to as “Mr. President”, proceeded to give a lengthy speech before being taken into custody.

“As everyone knows,” Mr. President said, with maintenance crews in the background behind him working feverishly to change the locks on the building he had just emerged from, “I have a very powerful alternative. But I didn’t want to use it at this time.” While the specifics of that alternative remain unclear, well-placed sources say that it is believed the man was referring to his ability to give everyone cold Big Macs.

He then went on to say that, in the end, the wall he’d been demanding in exchange for allowing the government of the United States to function normally (and didn’t get), was really in everyone’s hearts all along.

Later, the odd duck took a moment to thank all of the people he had just been holding hostage, telling them – even as the police circled ever closer to his position, as they prepared to make their arrest – that they had all shown “extraordinary devotion in the face of this recent hardship.” The one that he had caused.

He then threatened to take them all hostage again in three weeks. Maybe two.