Report: 95% Of Drunk Friends “Just Going To The Bathroom” Are Actually Leaving 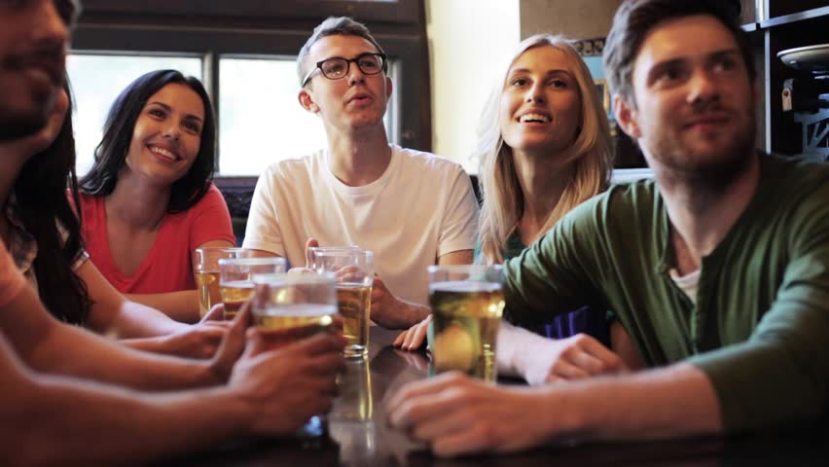 Friends, seen here watching the receding form of a member of their party who is not coming back.

His friends, who have known Che since Radiohead’s angst anthem was an actual hit, rather than a song cannibalized for rent and booze money by bands that dream of being journeymen, exchanged a look.

“Sure Che,” said Jimmy, nodding to Rob, who glanced at Tom, who raised an eyebrow at Matt, who just looked down at his lap while smiling and shaking his head, as though his zipper has said something passingly funny. “You go on and go. To the bathroooooooooom.”

Che stood, wavering like a glancingly struck bowling pin, if bowling pins had top buttons on their shirts at which to stare. “Yeah. I will. Berightback.” And then, nodding twice, he exited the bar, took four steps to the curb, stepped in a taxi, and sped off into the night.

“A classic piss fake,” said noted sociologist Dr. Ram Sloshington, watching from a nearby table. “Needless to say, Che isn’t coming back. And research shows he never actually intended to.”

A surprisingly common phenomenon, the excuse-and-dash has become known as the silent evening killer. One that ends as many as 95% of all nights.

“It comes in many forms,” Dr. Slosh explained, as he raised a pint to Mr. Herezade’s departing cab. “The most common being the bathrooooooom excuse. But we also encounter many drink-and-dashers saying they’re going outside to have a smoke (without explaining their cigarettes are at home), others saying they think they just saw that guy from Friends, and then the super common head-down-and-go, red-rover-red-rover-I-called-an-uber-and-this-night-is-over headlong charge out the door.”

Back at Che’s recently departed table the four remaining friends are making the most of what’s left of the the evening, after their lightweight champion of the four drinks left them with the bill, but more importantly: not even a look in the eye before heading off into the cold, hard city.

“It just kind of hurts,” said Matt, looking at Tom, who glanced at Rob, who shook his head at Jimmy. “Leaving without saying goodbye like that. Sure we’re used to it after all these years, but still. Is a firm handshake and an, ‘I’m going to call it a night there fellas,’ too much to ask between friends?” The four men contemplate the question in silence for awhile, nodding in appreciation as the band switches seamfully to Counting Crows. Then Jimmy says he’s going to the bathroom. And willberightback.