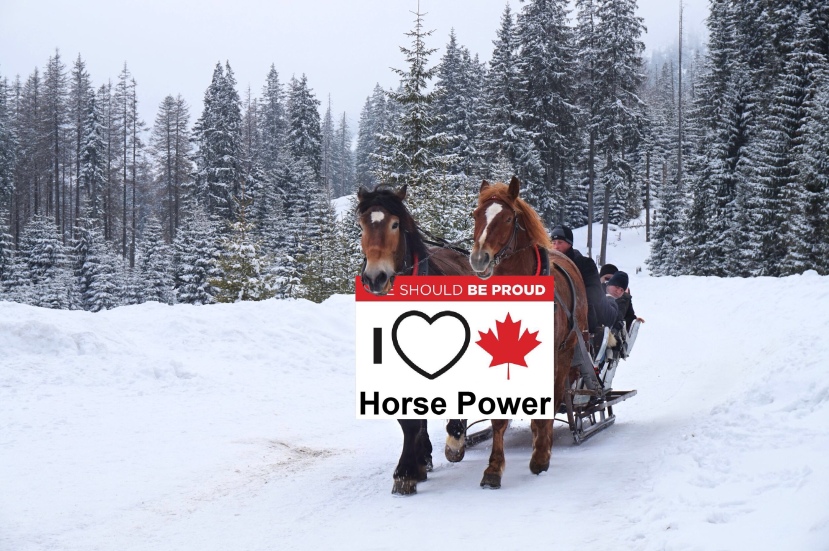 19TH CENTURY – They’re travelling by buggy, brougham, cabriolet, and calash. Pulled by worthy teams of two, four, six, and even eight animals, the United Horse-Drawn Carriage Makers for Canada are braving the sub-zero temperatures and unplowed shoulders of the Trans-Canada highway, as they make their incredibly slow and inefficient way to Ottawa.

Their stated intention (once they reach their destination in late spring or early fall, weather permitting) is to demand that the federal government prop up a crucial and indefinitely sustainable part of the Canadian economy: transportation by horse.

“And let in fewer Muslims,” adds one carriage-maker, Tim Hackney, who hails from the horse fields of northern Alberta. “That’s a crucial part of our petition to save the horse industry. Less foreigners. And by foreigners we mean brown people. And more supporting an industry that is definitely not outdated, and has no obvious shelf-life.”

Stopping at an A&W in northern Ontario to let their animals rest after the long drive across the frozen prairies, the men and women of the convoy make no secret of their love of equine power, and hatred of a prime minister whose name they seem categorically unable to pronounce.

“Trudope is a disgrace to this nation,” says a man wearing a ‘Make Canada Go Backwards Again’ hat with no obvious sense of irony, from his seat high atop a sulky.

“If he thinks he can just stand by and watch as the proud league of horse riders, coach drivers, barn raisers, carriage makers, and shit collectors are slowly phased out by the arrival of cleaner, more efficient technologies, well he has got another thing coming. And that thing is a slow-moving, somewhat smelly, pausing for regular oat breaks, convoy of antiques.”

It’s a level of anger that many find surprising, coming as it does following the Liberals recent purchase of the rights to build a cobblestoned track from Alberta to tidewater in B.C., allowing improved access to foreign markets for Canada’s unrefined horse shit.

“I mean, yes, horses had their moment,” says a woman in Ottawa, stopping to take in the city’s preparations for the eventual arrival of the convoy. “And while I have a lot of sympathy for those who work in that industry, the questions I’ll be asking them when they arrive – sometime after the thaw – will be: What exactly did you think was going to happen to your industry? And what does immigration have to do with any of this?”