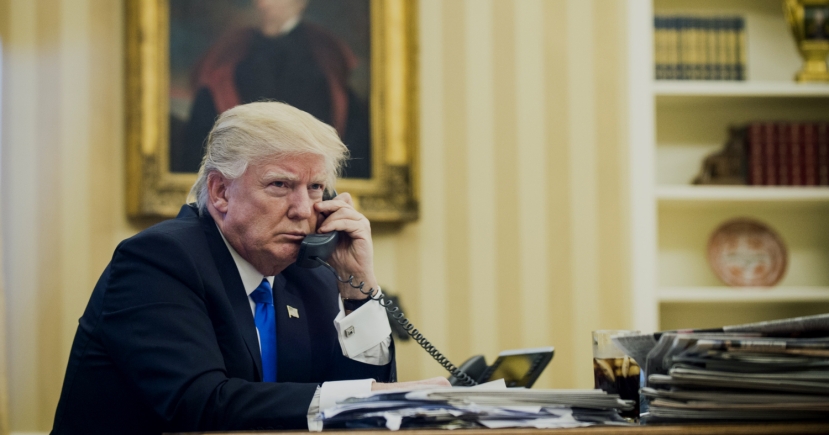 Saying he really wasn’t that busy anyway, U.S. President Donald Trump today announced that he will henceforward personally vet all applicants looking to enter the United States via the southern border, with a special view to weeding out rapists and drug dealers using his patented ‘gut feeling’ technique, and a lifetime of experience.

“How hard can it be?” Trump said, immediately alienating an entire branch of his national security apparatus. “When someone wants to come in your building you look at them on a camera, and before you buzz them in you think, ‘Does that look like a pizza delivery guy, or does that look like an axe murderer?’ The majority of the time they’re pizza guys. Sometimes they’re escorts dressed up as pizza guys. And sometimes they’re axe murderers. It can be a tricky call. That’s why I’m going to personally decide each and every case from now until the end of my time as president. Maybe longer. Now if you’d please shut the border for 5 minutes, I have to go the bathroom.”

Security experts are equal parts baffled at the president’s plan, and not at all surprised.

“500,000 people legally cross our border with Mexico every single day,” said Mike Homestead, director of Friend or Foe, a security consultancy based out of Alcatraz, California.

“This president struggles to focus on a 90-second security briefing, twice a week, and is easily distracted by bright objects, fast food, and women who are related to him. He is literally the worst possible person to screen anything other than a smaller person trying to change at the beach. If I had to draw a picture of the poorest candidate to man our border, it would be a detailed depiction of Kellyanne Conway pointing at Donald J. Trump.”

But the buzzer has already been installed on the president’s Oval Office desk, right above the one that demands refills of diet coke, and directly below a nondescript button labelled, ‘End The World Ineptly.’

Settling in to replace the 20,000 trained border agents who had formerly been tasked with administering the United States southern border, Trump cracked his knuckles, summoned a coke, and nearly ended the world.

“Whatever ‘inept’ means,” the president quipped, before moving swiftly on to the backlog of people waiting to be buzzed into the United States, as more than 6 people-per-second arrived at the border, many of them Americans returning from enjoyable excursions to Mexico.

“OK, let’s get this thing started. Deny anyone caught wearing anything that says ‘Nike’ on it, looks like they listen to rap music, or says they watch Saturday Night Live. Let in anyone who can recite, in its entirety, any song from Michael Bolton’s ‘Time, Love, and Tenderness’ album, is wearing khakis, or has a MAGA hat. And if they’re doing all three of those things, escort them directly to Disneyland.”

And with that aides began scrambling to follow the president’s directives, even as legions of the nation’s lawyers amassed along the nearly 2000-mile long border with Mexico, ready to provide legal counsel to the thousands of people-per-minute being discriminated against by a man who couldn’t spell the word, and can’t be bothered to learn.