Shock And Disbelief As Trump Uses The Word ‘Pardon’ 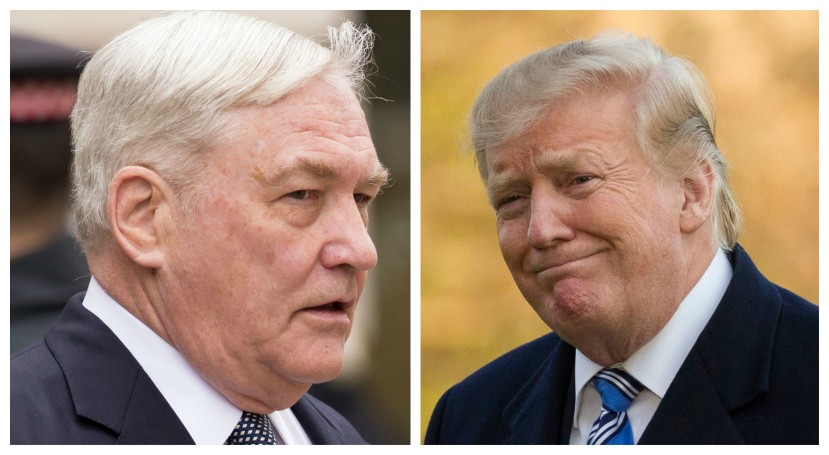 Less shocking was the U.S. president’s employment of the word to exonerate another elderly blowhard, Conrad Black. A man who also likes to flout laws and form tortured sentences.

“To the best of our knowledge, the sub-dialect of English Donald Trump uses has no equivalent for the words pardon, apology, rectify, or decency.” says Lincoln Abraham, a leading White-House-ologist who specializes in decoding the current President’s statements, and – not coincidentally – is one of only three people on earth capable of speaking Smurf.

“When you grow up as Donald did, shooting from the hip, grabbing at the pussy, calling it like you sees it,” Mr. Abraham says, after introducing a visiting reporter to his many sons, “It can be difficult to develop an entire vocabulary, much less learn how to form a complete sentence or be a rational, considerate human being.”

By Lincoln’s count, in his 71 years Donald Trump has said pardon exactly as many times as he has won the popular vote: 0. And in that same period he has only said sorry once.

“But that was when, as a child of six, he asked his nanny to remove a board game whose name he didn’t like – Hasbro’s popular ‘Sorry’ – from his 3500-square foot playroom.”

Many feel this instance of employing a concessionary term should also receive an asterisk, as Trump’s first foray into saying pardon wasn’t used to apologize for stepping on a foot; dragging America’s reputation down to his level; or asking someone to repeat a complicated concept one more time, but slower and in Fraggle.

“It was to exonerate a man, Conrad Black, who racketeered, evaded taxes, obstructed justice, and perhaps worst of all subjected us all to countless opinion editorials that consisted of anachronistic ideas held together by archaic words,” Mr. Abraham says, shaking his head at the television. “So now I’m in the odd position of hoping Trump never uses the word again.”