Inspired By Possibility Of Not Going To The White House, US Wins World Cup 2-0 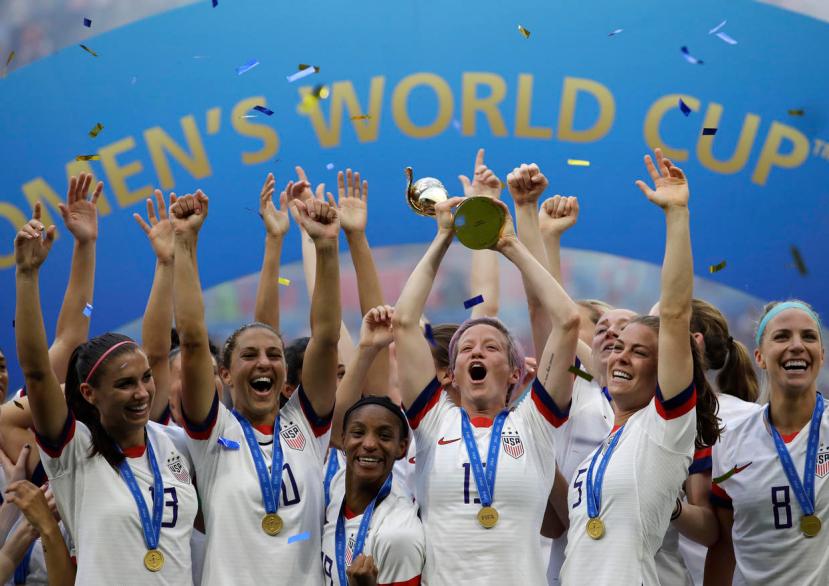 “I think there comes a time in every athlete’s career that you have to look deep into your heart and ask yourself, ‘How much do I not want to see that asshole in person?'” said Megan Rapinoe, her steely gaze looking out over yet another conquered field, after the American women won the FIFA World Cup today with a decisive 2-0 victory over the Netherlands.

In a match that saw the American women showcase what is still truly excellent about the large collection of states beneath Canada, Rapinoe became the first woman ever to win both the Golden Boot, and Big Brass Balls awards in the same tournament.

“But this isn’t about personal awards,” Megan went on to say, through a thicket of love and adoration that even a president might envy, particularly a deeply , “And it isn’t about personal attacks, though those came as well. It’s about the inherent gift of sports: to rise above the ugly in the world, and showcase the sublime.”

And showcase they did. Rapinoe became the oldest woman to score a goal in a World Cup final, and in doing so demonstrated that – unlike her antagonistic president – she remains at the height of her powers. And that she is capable of winning while playing fairly, using abilities honed through practice and effort; rather than grown – moldlike – in a shallow Petri dish of inherited privilege and affluence.

With the win the women further outpace Donald Trump, now counting four victories to his (*cough) one, in a tournament that saw them net more goals (26) than any team in history. This without even including their stated objective of not going to a White House that is currently being led by the political equivalent of an own goal.

“Knowing that whether we won or lost out there today, our president isn’t worth our time, definitely took a lot of the pressure off,” agreed star defender Ali Krieger, who has been vocal about her desire to save her DC visit for a time when someone who is not a molester is in office.

“But it is nice to know that we can now add ourselves to the long list of champions this country has produced who refuse to visit that deadbeat in any house. White or otherwise.”